A Love Affair on December Night 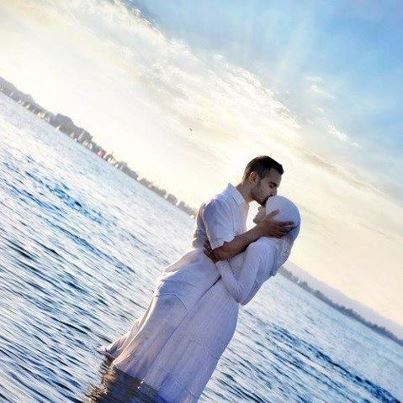 I remember that every year, my clan celebrates the Christmas Eve with a big party and a gourmet attended by my relatives from the first degree until the last living member of our family tree. This day is like reliving the past especially when I can see my great grandparents who survived the two great wars of the Philippines.
Last year, our clan celebrated it with style. My cousin Matet orchestrated the party which she dubbed CHRISTMAS LOVE. I do not know what she was thinking then, only the little ideas I got was to present the fiancée and fiancé of all the members of my genealogy who were not yet married. I was one of them.
At first, I laughed at the idea because I was not yet engaged, and worst I was not courting anyone. I said, "I will attend without a partner." And the reply I got was her ridicule.
She said, "Don't tell me, you are a gay."
"Of course not." I replied.
"So bring one then." That was the last sentence she said to me on our telephone conversation.
I was left baffled. That time, I could not think what to do. I was worried that when I would go home for this yearly gathering without a girlfriend, I might spoil the celebration. To make the matter worst, I might make myself a subject of scorn when I disgraced my clan which was known for its macho image. In fact, ninety per cent of us were womanizers. It was good that I was not one of them. To resolve this problem, I was thinking to arrange a make-believe relationship with my best friend who was incidentally one of my senior students at the university where I was teaching.
She agreed.
On that big day, we arrived in Baguio. Jean was stunned how close our family was. I could see from her eyes that she wondered why a family as big as mine would have time to gather and spend money just to attend this celebration. Of course, I was proud. Not just because I presented the whole picture of the family to Jean but I was accompanied by the most beautiful student of the university, "My cousin Matet would be surprised…" I thought. "…because she could see that I already have a partner." - I realized that the make believe relationship blossomed into love. I was in love with her on that December night.
Matet greeted us.
"Is she the one?" She queried.
"I see." I replied. I introduced Jean to her as my fiancée. Of course Matet was surprised, perhaps she was asking herself, "How come that he has already a girlfriend for such a short period of time?" Only Jean and I knew the truth.
When the time for introduction came, I felt nervous. I could not remember anymore my actions that time. Perhaps, I was acting like a ninja or an acrobat. I was not sure, but Jean told me that I was weird that time. One by one, Matet asked us to come forward to introduce our fiancées and fiancés. It was very difficult for me to do it because at first but eventually I got some courage to introduce her.
I said, "…meet my girlfriend, Jean from Zambales…" and I added, "She is beautiful ain't it? We are planning to get married anyway next year. I hope you will also attend." After the introduction, I ushered Jean to the buffet table but she stopped me, "I have not appetite." She said
"Why?" I inquired. "Just take your salad to fill your stomach. That one is good, taste it." I pointed at the fruit salad which mom prepared.
I was surprised. It was my first time to see Jean in such a bad mood. "Is there some wrong?" I asked.
"None, just eat." She said. From that moment, I knew there was something wrong. I returned the food that I just took after which I ushered her to the verandah of the house.
"Is there something wrong?"
"I want to rest." She answered.
I thought that our gathering would be spoiled. I thought that it would be better if my cousin Matet would not have made a weird party such as this. I was ruining my night.
"Is there something wrong with what I have said?" I finally asked.
"What do you think?" she replied.
"I think, there is none."
"There is…I wish that…"she was trying to hold back her emotions. "…it was true!" she finally added.
I nearly fainted. She was feeling the same way as I did. I could not describe my joy.
Moments later, I regained my composure. "Jean, I love you." I finally said.
"I love you too." She replied.
It was just like a fairy tale, on that December night, Jean and I were in love.